Bernd finished his studies of physics in 1992 and was in semiconductor research at Technical University Berlin from 1992 – 1996. Since 1996 he continuously works in the PV industry.

Bernd is our senior scientist for semiconductors, solar cells and solar modules. He knows the entire history of research on PV module reliability, and one of his specialties is the modeling of any aspect of a solar module. Bernd is the co-author of a lot of publications, and he is a member of the of the IEC standardization committee.

industry. From 2000 – 2014 she worked in various positions at the SOLON solar module factory in Germany where she was finally leading the quality assurance department. In the past years she was focusing more on the electronics manufacturing industry. Dörte also is a qualified trainer for IPC.

From 1999 until 2014 Lars was working for SOLON in various leading positions. For almost 10 years he served as global CTO of the SOLON group, and additionally for two years he was general manager for SOLON in Germany.

From mid 2014 - mid 2015 Lars managed a spin-off of the former SOLON R&D department which was working as an independent technology consulting firm for the PV industry. From August 2015 – October 2016 Lars war working with First Solar as director for c-Si R&D where he is leading the module R&D / engineering team in the “Tetrasun” department.

Since March 2017 Lars is an executive board member at PI Photovoltaik-Institut Berlin AG. Additionally to his positions Lars was serving as a board member in various PV firms in Europe and the US. He is familiar with managing practices in any organization from start-ups to stock-listed companies, both from the operational and the legal perspective.

Lars holds a PhD in semiconductor physics from the Technical University Berlin, and he is co-author of various publications and PV-related patents or patent applications.

Before getting into the PV industry Yonas worked as an electrician. After studying electrical engineering with his diploma thesis at Fraunhofer ISE in Freiburg, he joined SOLON´s R&D department where very quickly he became a specialist is solar cell interconnection technologies (soldering and conductive adhesives; interconnectors). Yonas cannot only work in R&D but he is very hands-on in PV module manufacturing floors. He is also our expert on off-grid PV systems which he is designing and installing with our partner ZetinSolar.

Ramona joined the PV industry in 2008. Prior to that, she successfully worked in various sales positions and helped establish two companies in a position of a general manager.

From September 2008 to April 2011 and from October 2011 to June 2014 she worked for SOLON in various sales Positions with responsibility for revenue and a sales team, mainly in the D.A.CH region (Germany – Austria – Switzerland). Her final role was Head of Sales Germany.

From May to September 2011 Ramona worked as a Key Account Manager for Hanwha Solar One (former Solarfun), where she was in charge of the German sales region.

Since November 2014, Ramona has worked for various companies in the PV industry in various strategical sales positions or as a freelancer. Her main markets are Germany, the Benelux countries, Spain, Italy, France, Turkey and Chile.

Her main expertise is in sales of solar modules, but she also sold solar cable, storage systems and did acquisition of large industrial rooftop PV projects.

Ramona holds a diploma degree in social science from the university of Göttingen (Germany).

Nikhil is an expert in mechanical engineering with experience in finite element methods and advanced 3-D design.

Nikhil holds a Bachelor of Technology from the Gokaraju Rangaraju Institute of Engineering & Technology in Hyderabad (India) and is currently working on finishing his master thesis at the University of Jena (Germany). 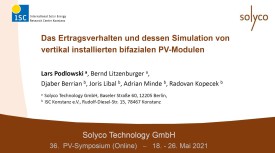 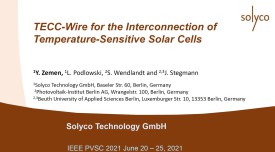 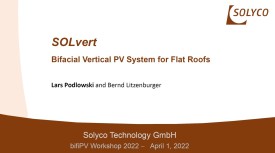 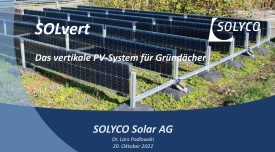